I’m used to using square brackets with no spaces as a todo markdown. Oddly, it works in this message text but not in the Panda editor. Am I missing something?

I prefer using the Cmd-T to bring up the checkbox. 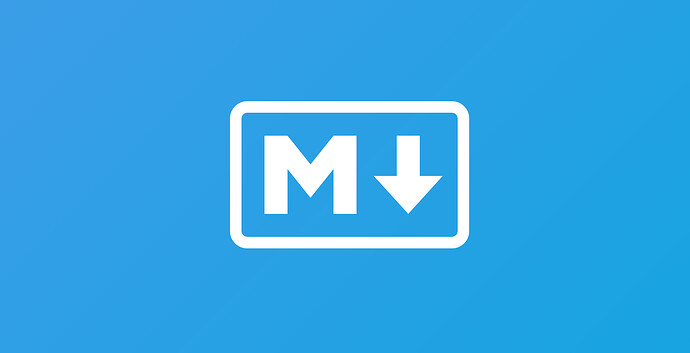 Advanced features that build on the basic Markdown syntax.

Understood. But it is a lot of keystrokes. Some other apps have adopted a simple left bracket right bracket (I can’t enter it here because, ironically, it renders as a todo box!) to render a todo. Much faster.

Extended syntax is by no means a binding guideline, and the team doesn’t seem to think so, either. Cf. Bear using tildes for underlining, where MultiMarkdown uses them for subscript.

I’m in agreement here; a simple left, right bracket would be much quicker. This is what I’ve been used to in the past, wlthough I can’t remember what app.

I hate to re-awaken this thread, but for my workflow and Markdown muscle memory - more important than the number of keystrokes needed to meet the standard “- ” is that, for me - todos make sense in list format. I am already in the habit to start lists by typing the “-” as I am an obsessive lister/outliner and often mix regular list items with todo items.

I do appreciate the Cmd-T shortcut though! I do wish, however that hitting that shortcut on an existing todo item would simply remove the checkbox and restore the list bullet. For mixed lists/todos, this would save a lot of re-work of line items.