What were you doing: Scrolling 3 notes with some images, then switching to Mail app.

What feature did you use: Scrolling, images

What happened: Upon switching back to Bear, I first had the spinning beach ball. After some 20 seconds, the image previews had all of them been replaced by a generic placeholder image. I then tried to quit Bear, but that didn’t work. Force Quit became available after several minutes of switching back and forth between Bear 2 and other apps.

What did you expect to happen: Bear staying alive :-). 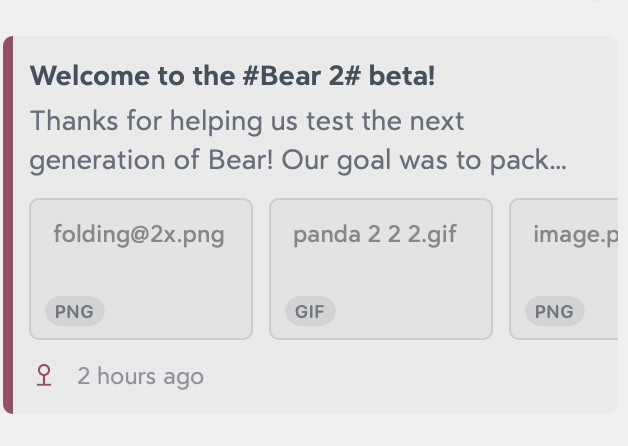 Thank you for reporting, we’ll investigate.